She Can Love
by Page Turner 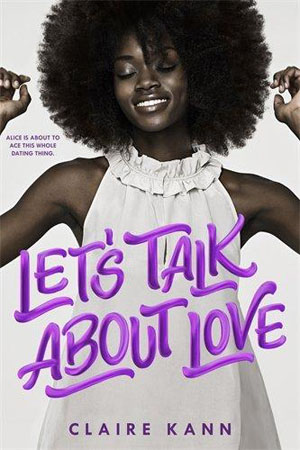 After her girlfriend broke up with her for being asexual, Alice has decided she’s done with dating. Instead, she’ll spend this summer third-wheeling for her soon-to-be-married best friends. But when she meets Takumi, a new employee at the library where she works, suddenly her whole world turns upside-down. Now, between her strange new feelings, the pressure from her family to go to law school, and the straining relationship between her and her best friends, Alice’s summer is going to be a lot more difficult than she thought.

I can count on one hand the number of books I’ve read with an asexual main character. That’s part of what made this book so special to me right off the bat – a romance book with a biromantic asexual main character. I’ve never read anything with a perspective quite like this. And, despite what little I had in common with Alice, I completely fell in love with her story. Her feelings and struggles were so vivid it felt as though I could truly understand what she was going through. She’s such a real character, with real and clear flaws. I think that was what resonated with me the most about this book – the realness of every character and the complexities of their relationships with one another. To be frank, they can be terrible! They fight, they refuse to communicate, they’re overdramatic and pushy and petty. I won’t say that it didn’t annoy me at times how frequently they fell into stereotypes, but somehow it felt like it worked with the plot.

As much as Alice struggles throughout the story, this book is absolutely adorable. The progression of Alica and Takumi’s relationship is so sweet, though there were points where I wondered if Takumi was being a little too perfect to be realistic. The plot was very light, which may not interest some readers. Emotions really take center stage in this book. Overall, I found this book very cute if slightly trope-y, and I’d love to see more representation like this!