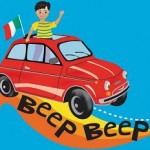 What if I told you that an adorable little Italian car could help your children learn U.S. geography?

The “Philly Phiat” Becomes The Vehicle For A Teacher’s Creative Geography Lesson! The car, along with its owner, a little boy name Luigi, are the main characters in a series of educational books that begin with the story of their arrival in America and take children on tours of their home states. Luigi will use his car to help young readers “travel” from the most populous city to the state capital; stopping at many notable destinations along the way. Young readers will discover unique cultural attractions, see natural wonders, visit amusement parks, attend sporting events and learn one odd factoid about that particular state in each book. 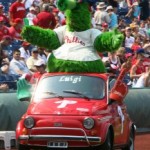 The book series, Andiamo…Let’s Go!, evolved after Louis “Luigi” Borda wrote a local weekly column based on the travels of his 1967 Fiat 500. Since then, the car has been featured in several televised interviews, starred in city-sponsored parades, and even drove the Phillies Phanatic before a 2009 baseball game!

In the first book, Luigi Comes to America, Luigi and “Philly” travel from Italy to America. They are not sure they want to stay until they are steered on a fun ride through the historical city of Philadelphia, Pennsylvania. Young readers are introduced to Luigi’s immigrant experience and the concept of US & World Geography. The story is filled with fun, colorful illustrations and maps, as well as a matching game page at the end! Come along for the ride! Andiamo…Let’s Go! 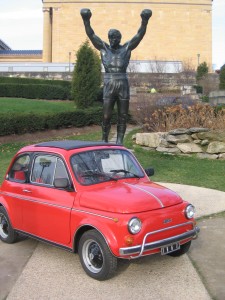 The second book in the series finds Luigi & Philly touring around the state of Pennsylvania, visiting notable sites and cities. The third book follows Luigi and his now famous “Philly” down to Florida for the World Series and takes readers throughout the southern-most state and back for to Philadelphia for a victory celebration.

Luigi Comes to America will be available in our bookstore and on amazon.com in February, 2014! 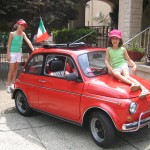 Look for the Italian translation and books 2 & 3 to be released in 2014 as well! Ciao for now…Beep! Beep!