Join the Celebration! by Page Turner

Ruinsong by Julia Ember Summary Ever since she was young, Cadence has served a tyrannical queen who uses Cadence’s magic to torture the nobility. Her voice is her strongest weapon, yet she cannot use it to defend herself or innocent citizens. When fate reunites Cadence with her childhood best friend, a nobleman’s daughter, she is […]

A Wolf for a Spell by Karah Sutton Summary Zima and Nadya are almost totally different. Zima’s pack, despite their differences, loves and protects her. Nadya is an orphan whose only friend is soon leaving to marry the tsar. They’re united by their love for the forest and the simultaneous fear of Baba Yaga and […]

Don’t Tell a Soul by Kirsten Miller Summary The mansion Bram’s uncle owns is her best chance to disappear. Not only is it in the tiny town of Louth, where no one but her uncle knows her, but the locals steer clear of the mansion and its Dead Girls. But when Bram arrives, she finds that […] 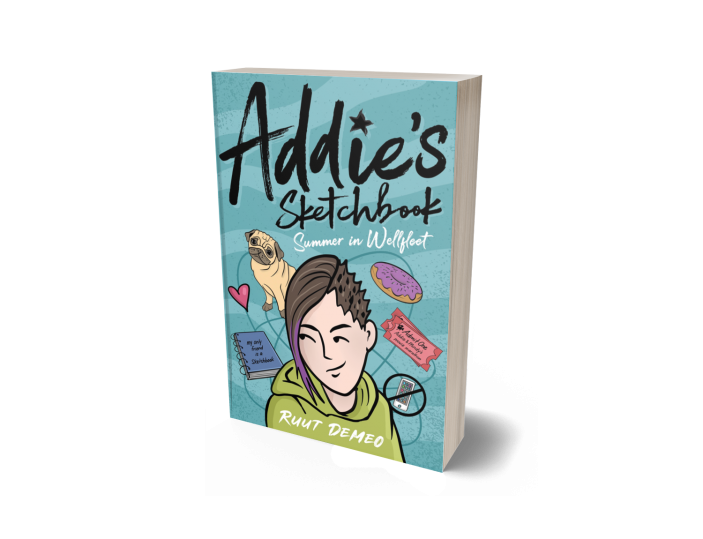 I Wish You All the Best by Mason Deaver Summary Ben DeBacker has the highest hopes for coming out to their parents. They’re their child after all – surely they’ll understand. Instead, they find themself kicked out and crashing with their older sister, who they haven’t seen in ten years. Ben is forced into a […]

the ship we built by Lexie Bean Summary Rowan can’t keep a diary – after all, his parents or the kids at school might find and read it. He writes letters instead, attaching them to balloons and sending them floating into the sky. Each letter details the secrets he’s too afraid to tell and the […]

Let’s Talk About Love by Claire Kann Summary After her girlfriend broke up with her for being asexual, Alice has decided she’s done with dating. Instead, she’ll spend this summer third-wheeling for her soon-to-be-married best friends. But when she meets Takumi, a new employee at the library where she works, suddenly her whole world turns […]

Zenobia July by Lisa Bunker Summary Zenobia July is dealing with a lot of new – new home, new school, new family, new friends, new gender presentation. She’s overwhelmed and feeling out of control until a hacker starts posting bigoted memes on the school website. With her computer skills, she knows she can catch them, but […]