Jon Nordstrom is a multi-award winning author and publisher. Born and raised in Michigan, the now Maryland resident is a father and firetfighter. Even after becoming a part of such a literal, dramatic career, he can always be found with his head in the clouds, finding ways to draw, sketch, and dream. He met the love of his life, married her, became a federal firefighter, and bounced around the country. They finally settled down in Maryland after their beautiful daughters arrived. He always was drawing, reading, thinking, dreaming, but would hide his work, not thinking there was a great interest in it. A single tragedy and dream changed him forever, and drew out the talent he had hidden for so long.

It started with a dream 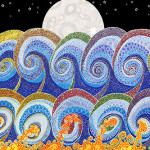 This dream entailed an elderly grandmother, enveloped in black robes that spread far, far around her. The black robes swaddled, warmed, encircled and soothed children to sleep. A tiny seed was planted with the idea of helping children to sleep. He started with his first illustration, ran out of steam, and let the idea fade. About a year after having the dream, his family suffered the tragic loss of their nephew, Nathan, in an automobile accident. He was the apple of their eyes, their daughters’ best friend, and a son they will never have. The news was devastating. Their daughter had a difficult time sleeping, and all Jon wanted to do was be able to comfort her. After months of heartache, Jon discovered that the worst thing that can happen can have a profound effect on life, and the darkest hour can turn into a project of joy. Jon came to the conclusion he could help his daughter sleep, as well as memorialize Nathan, by writing the story from his dream about sleep. His illustrations pushed the rock down the hill, and ideas and illustrations started flowing out of thin air. When he got stuck, he asked professionals for help – there are no better editors than 3 and 5 year old daughters. The months stretched on, and he finished Sometimes Sleep. He sometimes thinks he felt little hands pushing him and giggling when running out of ideas, and he knows Nathan was there.

Awarded the Mom’s Choice Award, Gold Honoree and the Gelett Burgess Children’s Books Award. Recognized as a 2015 Indie Best as one of the Top 100 Books to Read created by indie authors through Shelf Unbound. Created on paper with ink and marker. “Sometimes Sleep” is dedicated to the memory of their beloved nephew, Nathan, who was taken from them far too soon, and whose bright smile and infectious laugh still echoes in their hearts. 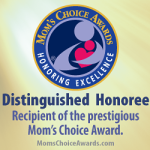